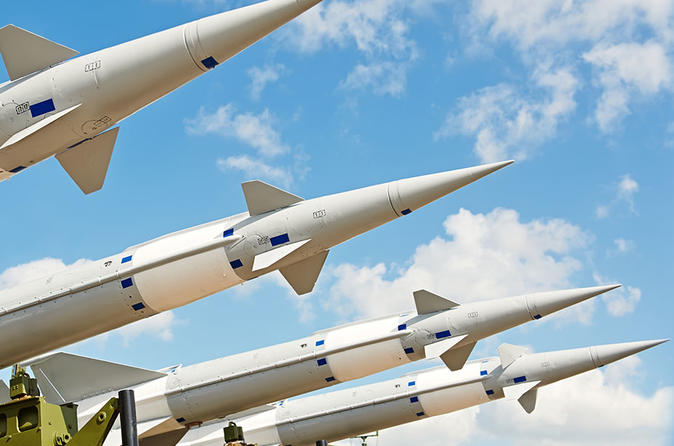 Enjoy an award winning live escape game in Las Vegas. This package lets you attempt to solve "Cuban Crisis". You have an hour to find who launched the missiles before the United States becomes part of a nuclear war. Choose from one of nine departure times when you book.

You are Gerrard “Gerry” Droller, a CIA Field Operative. Your code name is Don Frederico and you work directly for the President of the United States, John F. Kennedy, undercover in Cuba.

While going over your mission notes, you realize the world is facing nuclear Armageddon.

The Soviet Union, under Premier Nikita Khrushchev, has strategically assigned ballistic nuclear missiles to the Cuban territory with the approval from the Cuban leader, Fidel Castro. These missiles are located less than 100 miles from the U.S and are able to reach major cities with only a 4 minute flight time. The atmosphere is extremely tense!

An American spy plane has just been shot down over Cuba, and the President is now under massive pressure from the Pentagon to launch an invasion of Cuba. The President however isn’t sure whether the plane was shot down deliberately by the Cubans or the Soviets, or if this was a terrible accident by a nervous soldier.

If this was indeed an accident, there is no need to go to war, and a peaceful solution may still be possible. If this was a deliberate action, then the President has no choice but to launch a U.S. invasion of Cuba. This could well result in a nuclear war.

Your mission is to infiltrate Fidel Castro’s palace, locate the secret KGB office, and find out who was responsible for shooting down the American plane.

You are standing outside Castro’s palace waiting to hear that it is empty. You receive the all clear. Castro’s bodyguards and the KGB are not on the premises.

However, having entered the Palace, you receive word that Castro and his bodyguards are traveling back towards the palace, and they are only 60 minutes away! You must complete your mission and escape before you are caught!

Search carefully for clues, solve the puzzles, answer the riddles, find the critical intelligence and get out within the hour. Rely on your intuition, have confidence in your team and leave no stone unturned! Remember, your mind is your most powerful weapon, and time is of the essence! Do you have what it takes to complete your mission and prevent a nuclear war?

Please Note: All rooms are private so you will never be teamed up with other players!

Enjoy an award winning live escape game in Las Vegas. This package lets you attempt to solve "Cuban Crisis". You have an hour to find who launched the missiles before the United States becomes part of a nuclear war. Choose from one of nine departure times when you book.